Want to ask me a question? Tell me something? Or hire me? Send me a message using my contact form. 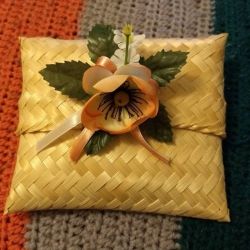 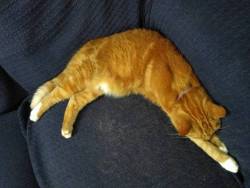 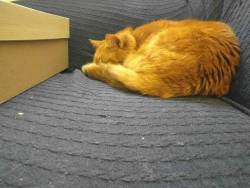 Daunted by all the hoops needed to get a theme onto wordpress.org, I thought I would opt for the plugin route instead. It would let me dip my toes in the pool that is the WordPress open source community. It was just meant to be a stepping stone, not actually a thing in itself.

How it came about

I brain-stormed, with myself, for about five minutes. My requirements were:

That was it really. Took me about sixty seconds to think of “a glossary”. Another three minutes of searching to see if someone else had already done it. Several of the available glossary plugins at the time had not been updated for a while, others seemed obvious attempts to lead users in to a ‘pro’ paid-for version. And the rest did not appear to make use of custom post types. It seemed that my idea was just about unique enough (in execution) to permit an attempt. The last minute was spent coming up with a name. With glossary taken, I figured the simple thing would be to add the usual WordPress prefix. And so WP Glossary was born.

Honestly? I expected WP Glossary to languish unused and alone. I figured that some people would try it out of curiosity, but ultimately move on to one of the other plugins available. It would leave me alone to just try stuff out. I mean, no-one is going to install the plugin on an actual active site. A site being used.

Some of those crazy WordPress-using people out there decided to use my plugin. And to suggest ways to improve it. And point out bugs. Other people got involved in my plugin. Seriously, that really did blow my mind. It was interesting to see how they used WP Glossary, and to find out what they wanted it to do.

I still have quite a clear idea of what I want to achieve with my plugin. The simple custom post type approach is solid, but WP Glossary is still quite rough around edges. As well as my own goals, suggestions and ideas have come from the forums (and in comments on this site). And there are some performance (and other edge cases) to deal with under the hood. All these possible changes are refinements rather than additional features. I think the core of WP Glossary is sound as it is.

I thought I would blog a little about it, as I never, ever expected for the download counter to hit 10,000. I know that that isn’t 10,000 sites using my plugin, but it is a big enough number to show that I’ve written something that contributes back to the community. In my own small way. That has to be considered a success, right?

WP Glossary: Create your own glossary of hot-linked terms, inside your own site!

Well, supposedly, according to some people, Google has said that 75% of the internet is powered by PHP. Which is probably the singularly most crucial requirement that WordPress has. It can be hosted on various operating systems, web server software is not important (there are many) and there are some drop-in replacements for MySQL. But without PHP, we can’t have WordPress.

So there you have it. That’s the golden target!

If you are here looking for advice on whether to use a free theme, or to pay for a premium one, then I strongly recommend that you use the free wordpress.org themes.

Having said that, here are some other general points about your choice, and this post:

The best things about free themes

The worst thing about paid themes

So, now that I’ve hopefully frightened you a little bit away from premium themes, I’m going to immediately back-track a little. There are premium themes that are worth paying for. However, if you are here, trying to work out which ones they are, then you don’t have the experience to judge this for yourself. Your path will be one of pot luck.

When should you buy a premium theme?

Some of these points will overlap, but I’m including them all to try to help you get an idea of what to look for when you’re really adamant that a pre-built premium theme is your only solution.

The most common scenario is you’ve decided that your business is worth investing your hard-earned money in, you’ve realised that $25 is not going to get some magical theme that will propel your site into the FTSE500, and you want someone professional applying their skills. And so you hire a freelancer, and they recommend purchasing a framework, or parent theme.

The Framework Theme and The Freelancer

Freelancers commonly have a framework theme that they are intimately familiar with. It is a premium theme packed fill of functionality and options. They then take your vision and make a child theme, building your desired design whilst harnessing all the functionality.

Plugins are an ever-moving thing in WordPress. As the internet and WordPress core evolves and moves on, so WordPress plugins come and go. About 18 months ago I blogged about The Life And Times of WordPress Plugins. This is a follow up, of sorts, looking back at my plugin usage, and trying to predict my future use.

This was a real must-have for my work. We have to use cases for media items: being able to group them and attaching meta data to them. A trivial example would be a list of sponsor logos with links to their websites. It now doesn’t get used that much. WordPress core has added the ability to assign taxonomies to attachments. And our sponsors data has grown more complex and become a custom post type. It may continue to fill a niche, but I think that much like scissors it has done the best it can: inspired WordPress core to improve.

I just can’t live without this plugin. I use it to create complex profiles for users. Lets say you want your speakers to be able to login and update their profile? Easy, use P2P to link a WordPress user to any number of speaker profiles. Now you have separation and control over the auth credentials and the profile data. Really useful. Now you want to assign your speaker profiles to a bunch of seminars. These relationship can be defined, built and controlled programmatically.

Not a free plugin! But I lost count of how much time (and money!) this has saved me (and therefore those that pay me). There some things about it that rather rub me the wrong way, but life without it would be full of boring manual form building. I have used other form plugins in the past, but they broke too easily. Being able to export and import forms seamlessly is a must.

Those That Will Be

A great compliment plugin to posts 2 posts. Being able to easily add custom fields to custom post types quickly and easily is not only just plain useful, but really speeds up development time. It is still quite clunky in places. I foresee that it will become slicker. And is possibly even a contender for being considered for absorption into WordPress core. With the emphasis on post formats in WordPress 3.6, and the implied requirement of different input fields based on type of some sort, I can see the attachment of meta data to varying post types being standardised.

Forms, forms, forms. Probably the primary way for website visitors to submit information to website owners. They let us capture data for all sorts of things. So, unsurprisingly, I’ve doing a lot with forms recently. My go-to WordPress form manager is Gravity Forms.

Sometimes I add functionality that isn’t really an extension of Gravity Forms, but does relate to specific form. All I need is a simple dropdown of the forms, with their ID and title.

Above is a trivial example to create a dropdown select field.

UPDATECheck out how to hook into specific forms without using the form ID.